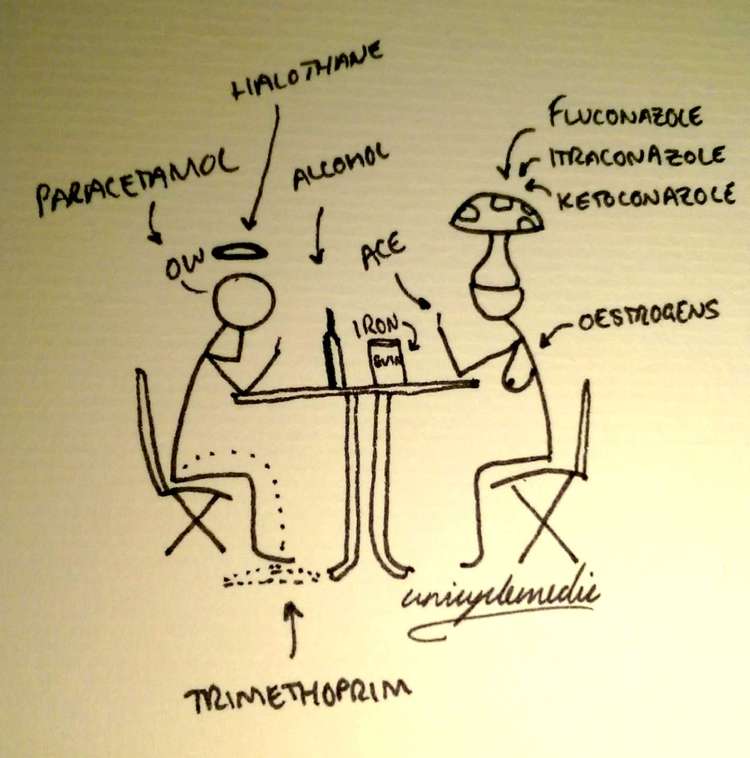 Mr Isoniazid is sitting at a cafe playing cards over a bottle of wine and a Guinness with his best pal Dave. Dave is taking oestrogens because he wanted a pair of breasts to complement his favourite mushroom hat, and Mr Isoniazid recently bought a plastic halo that he wears on a stick above his head, but it’s causing him to have a terrible headache. He’s also got a UTI.